Charlton will be looking to record back-to-back wins when they take on Blackburn Rovers in front of a sold-out Valley on Saturday. Supporters have made the most of the Addicks' Football for a Fiver scheme which will see a bumper crowd for the clash against Rovers.

Charlton were brilliant during their 1-0 midweek win against Nottingham Forest, the perfect response to last weekend's defeat to Stoke City and Lee Bowyer hopes to build on that victory in front of packed out home crowd.

Tony Mowbray's side have been in fine form having only lost one of their last six games and currently sit in ninth place just six points shy of the last play-off place. They will undoubtedly be looking to extend that run when they visit the capital.

Speaking in his press conference ahead of the game, Bowyer explained how he now has the luxury to be able to rest players with less bodies out.

Jonny Williams and Andre Green were rested ahead of the fixture at The City Ground and Bowyer hopes that they can now come back into the fold refreshed.

Tuesday also saw the return of Macauley Bonne and Chuks Aneke who took their places on the bench while the fitness of Jake Forster-Caskey and Darren Pratley may be checked with only Lewis Page definitely out.

Blackburn have a number of injuries to their attacking unit with Sam Gallagher unlikely to risked for the trip to The Valley. He joins the likes of Bradley Dack and Lewis Holtby in the treatment room while Joe Rothwell is also not expected to feature. Elsewhere, Joe Rankin-Costello is also out after it was revealed that the youngster had picked up a grade one hamstring tear.

Charlton boss Lee Bowyer: "The place is going to be bouncing. Seeing The Valley full again just shows how far the club has come since I have been in charge. Every player wants to play in front of sell out crowds. Especially our fans, who don't stop singing from start to finish."

Blackburn boss Tony Mowbray: “We know what to expect. It’ll be a tough game against a team that’s fighting to stay in the division, with a big crowd behind them.

“It’s a test for us, but it’s one we should look forward to after Tuesday night’s win, but we still feel that hurt from the defeat on the opening day of the season against them."

Charlton and Blackburn have faced off 80 times with Charlton winning 27 times and losing 36 times. The two sides have played out 17 stalemates.

Charlton enjoyed a 1-0 win over Rovers the last time the two sides met at The Valley thanks to a sole goal from Jason Pearce as the Addicks snuck into the play-offs in 2018.

Andy Davies will be the man overseeing proceedings come Saturday afternoon. Davies has taken charge of 24 games this season dishing out 85 yellows and three red cards.

Saturday will be his third Charlton game of the season after refereeing our away clash with Wigan Athletic and home draw with Hull City.

He will be joined by assistants Darren Blunden and Geoffrey Russel while Paul Howard will be the Fourth Official. 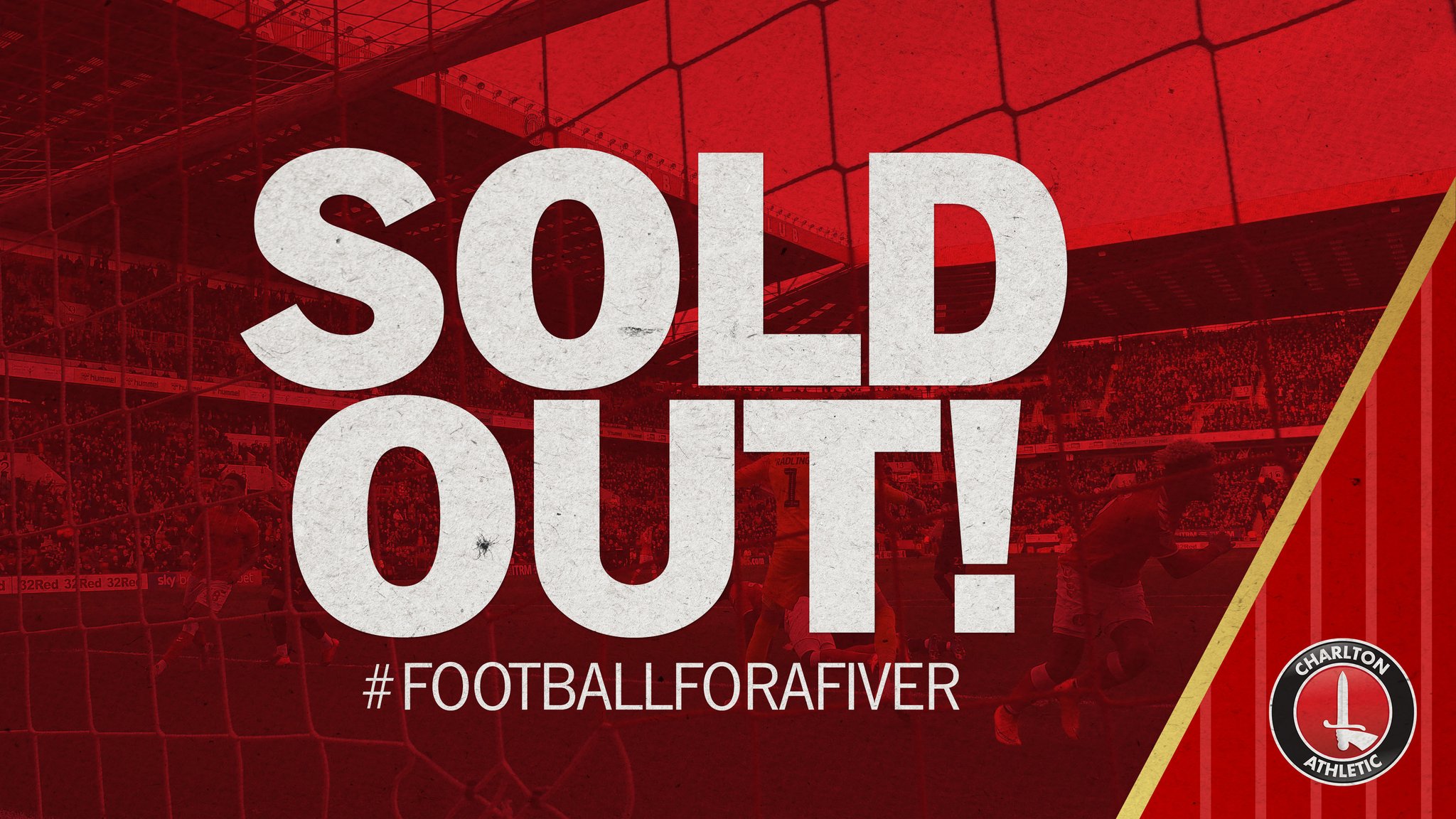 The Valley will be bouncing with a SOLD OUT crowd on Saturday! With the largest attendance of the season expected at The Valley fans are advised to arrive early.

Live audio commentary of the game from Charlton commentators Terry Smith and Greg Stubley will be available on Valley Pass in all countries.

Supporters who live abroad will be able to watch live coverage of the match on Valley Pass for a one-off price of £5.

F T E
Back to News