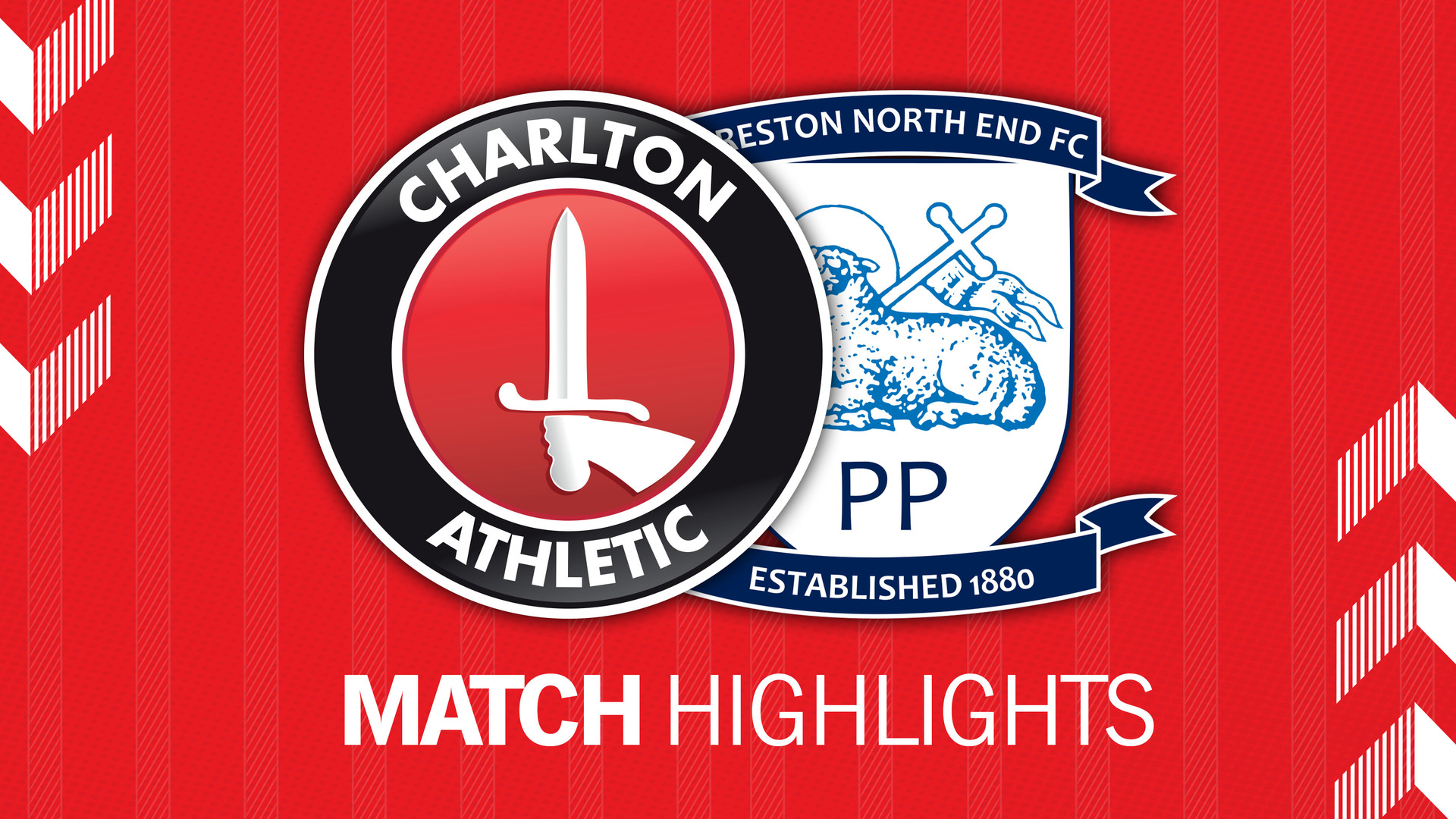 Charlton were edged out 1-0 by Preston North End at The Valley as the visitors went top of the Sky Bet Championship thanks to a second half Paul Gallagher penalty.

After taking the lead the Lilywhites slowed the game down and kept possession well limiting the Addicks chances and time on the ball.

Charlton Manager Lee Bowyer made just one change from the side that secured an impressive away draw at West Bromwich Albion last weekend, with Beram Kayal replacing Erhun Oztumer who moved to the bench. The change in personnel didn’t mean an obvious change in style with the Addicks sticking in a 5-diamond-1 formation with Kayal operating behind Macauley Bonne.

Both sides forced early corners but the first chance of the game didn’t come until the 16th minute when Ben Purrington saw a driven effort from just inside the box parried away by former Addick Declan Rudd in the Lilywhites goal.

Charlton came even closer just a minute later in a move that started with a lovely piece of play from Kayal. The Israeli international got the ball back after setting away Bonne and sprayed it across field to Purrington. The wing back’s cross from the left found Conor Gallagher, whose flicked header went just wide of the post.

The visitors had maybe the best chance of the half when Darnell Fisher’s cross from the left went all the way to the back post and Dillon Phillips was across quickly to deny Tom Barkhuizen on the line.

Gallagher and Kayal were involved again in a nice Charlton passing move on the half hour mark but the latter’s pass across goal was just ahead of Bonne allowing Rudd to gather comfortably.

Barkhuizen again came close just before the break when he headed over another cross from the visitor’s left.

Bowyer looked to switch things up at half time with Jonathan Leko replacing Naby Sarr as the Addicks reverted to a 4-diamond-2 formation.

Charlton came out with a real buzz and nearly took the lead when Bonne dragged a left foot effort wide from a Purrington knock down.

In the 58th minute substitute Paul Gallagher put the visitors in front with a very well taken drilled penalty into the bottom corner of the Charlton goal after Jason Pearce was adjudged to have pulled back Jayden Stockley in the penalty area.

After the away side took the lead they did a very good job of slowing the game down and limiting the time the ball was in play.

The closest Charlton came before stoppage time was from an 82nd minute Josh Cullen free kick which Chuks Aneke couldn’t quite finish at the back post.

There was still time for Phillips to make a brilliant one-on-one save in stoppage time to deny Barkhuizen.

Purrington sliced just wide from a Charlton corner in stoppage time as the Addicks had one final push but it wasn't enough with the visitors taking three points back to Preston.

The game saw Patrick Bauer return to The Valley after leaving in the summer. The German centre-half received a good reception when the teams were announced, owing to a strong four years spent at Charlton and the crucial goal he scored in this summer's incredible win at Wembley in the Sky Bet League One play-off final.