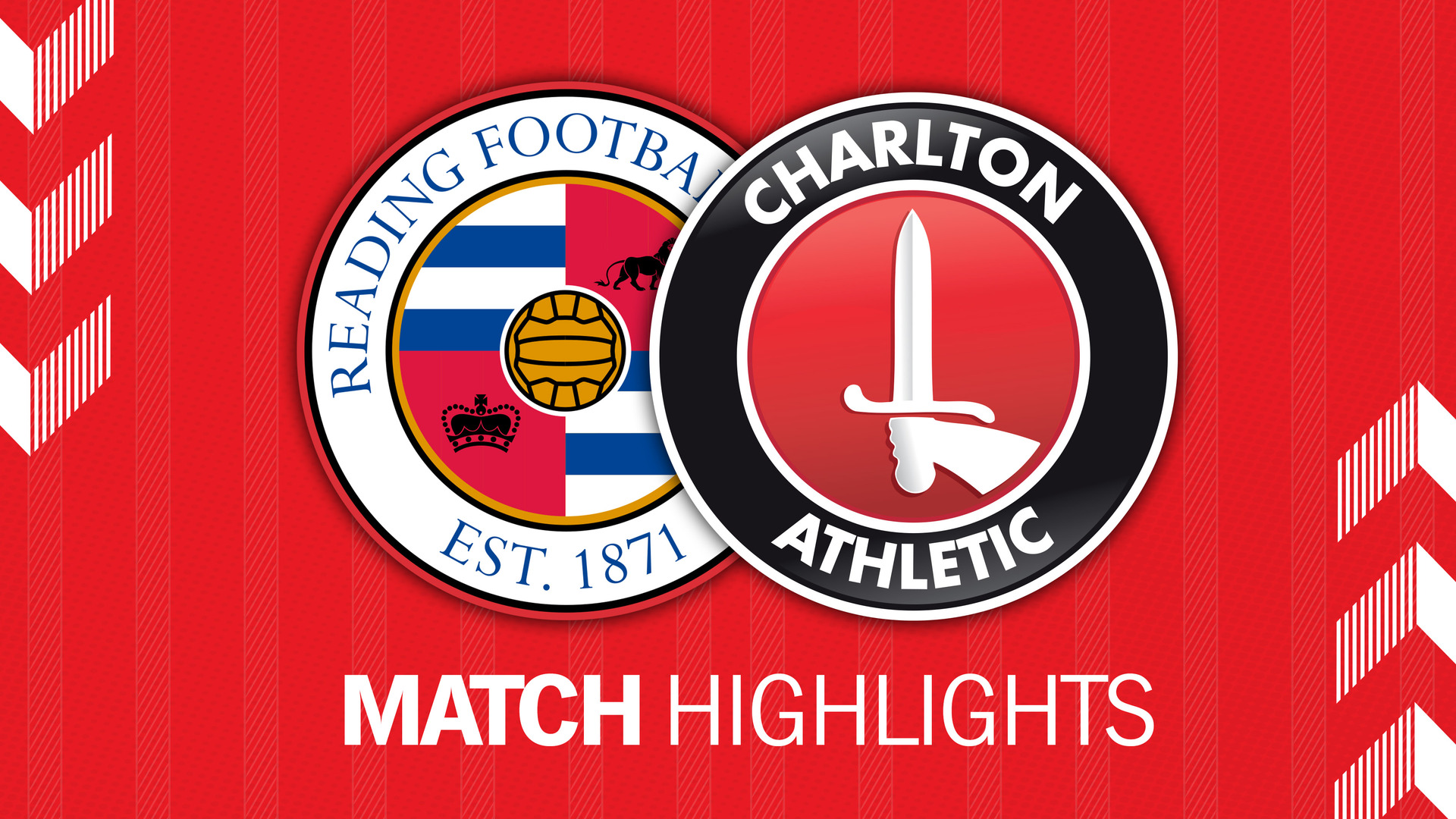 Charlton continued their outstanding start to the season with another three points, this time over Reading at the Madejski Stadium on Saturday afternoon.

Jonathan Leko's second-half strike opened the scoring, while Lyle Taylor plundered his fifth goal in six games form the penalty spot to put the seal on another performance which leaves the Addicks in second place in the Championship with four wins and two draws going into the international break.

The Addicks made two changes to the side that overcame Brentford last weekend, with Sam Field and Chris Solly replacing Darren Pratley and the injured Deji Oshilaja respectively. Chuks Aneke was able to return to the fold after recovering from an illness which had kept him side-lined for the game against the Bees.

Charlton were cheered on by a packed-out away end who were in good voice as they got matters underway.

The first chance of the game fell the way of Reading when John Swift was able to pick up a loose ball and carve out a chance which went behind via a red shirt for a corner.

Charlton would then see a glorious opportunity go begging two minutes later when Leko worked his way into the box before drilling to Rafael Cabral’s near post, his parry fell the way of Taylor who was unable to notch his fifth goal of the season from a tight angle.

The game looked to be opening up on 10 minutes and it took a foul from Sam Field to halt an Andy Yiadom attack on the right wing. The resulting free-kick was swept in but Lucas Joao’s acrobatic attempt went awry.

A golden opportunity fell the way of Reading just before the 20-minute mark when a ball from Swift cannoned off a trailing Addicks leg and fell kindly inside the area to Tom McIntyre who drilled a ball across the face of goal. From the ensuing scramble the ball popped up and hit the frame of the goal before being hooked away by Charlton.

With 30 minutes gone, the game had become an exciting affair with both sides forging opportunities but with no real result.

Five minutes from time, Reading were looking to break up any Addicks advances by any means, this was highlighted when Jonny Williams was seemingly hurled over off the ball. Jarred Gillett, however, was uninterested in the incident, despite replays showing it probably should have been a penalty.

Field was more than staking his claim amongst the starting XI, making a number of crucial interceptions and challenges to halt play and kick-start chances for the Addicks.

Reading were to give Charlton two final scares before the interval. Both coming from summer signing George Puscas. The first chance saw the striker muscle his way into the box before turning and firing a shade wide of Dillon Phillips’ post, the second saw him run on to a fine through ball forcing a brilliant one-on-one save from Phillips.

With the second half underway at 0-0, it was Charlton who displayed the early impetus in both maintaining possession and trying to mould an effort.

And it was Leko who proved to have the decisive touch on 51 minutes. His effort from the edge of the box took a deflection off a Royals player and bounced beyond the reach of Cabral to send the Addicks in the away section behind the goal into a frenzy.

With Leko’s maiden goal in Charlton colours separating the two teams, the game exploded into life becoming an end to end tie.

Leko threatened to double the advantage four minutes later when a beautiful Williams run allowed Leko to receive the ball on the edge of the box but his shot was only able to find the side of the net.

Gallagher then forced a fine save from Cabral in the 64th minute, his drilled effort from the edge of the box was a good one but the ‘keeper was on hand to palm it away.

With Reading under the cosh, Yakou Meite and Lucas Boye were brought on to replace Yiadom and Omar Richards as the hosts looked to try and force their way back into the game. But it was Charlton’s substitution, Aneke, who was finding his groove when he teed up Leko on the edge of the area, but he ultimately failed to test Cabral.

Charlton were crafting chance after chance but were doing little to test the keeper as the game entered the final 20 minutes.

Bowyer will be hoping that Field’s forced exit will not mean a serious knock after the midfielder, who had worked tirelessly all game, went down holding his ankle before the final quarter of an hour.

Meanwhile, Aneke was causing problem after problem and when he was hurled down inside the area the referee had no option but to point to the spot.

A classic Taylor penalty doubled the Addicks' lead and, with only 10 minutes to go, it looked plain sailing for Bowyer's boys to cruise to another three points.

With the two-goal deficit against them, Reading were becoming increasingly determined to claw their way back into the game and they very nearly found an avenue back from a Swift free kick had it not been for an incredible full stretch save from Phillips to deny the attacker the opportunity. The save ensured a clean sheet and another win for Boywer and his side who are more than enjoying life in the second tier.