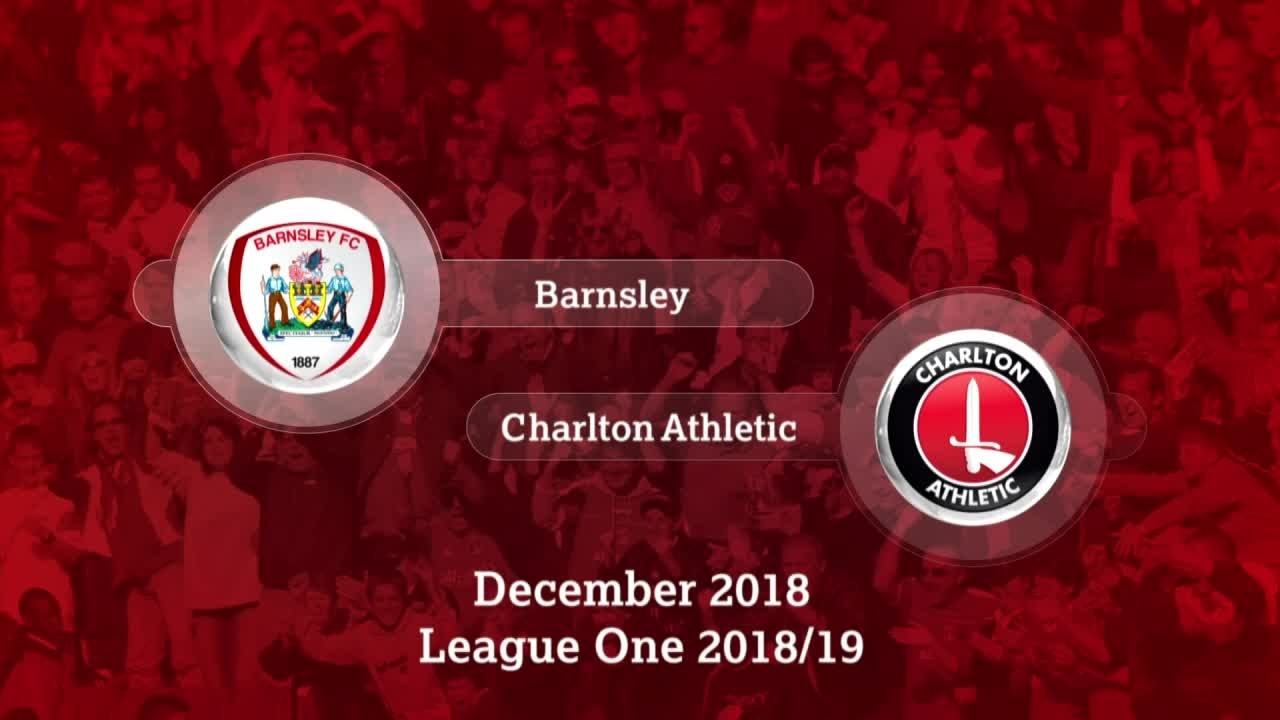 Charlton slipped to defeat at the hands of Barnsley at Oakwell on Saturday afternoon.

Two early stunners from Brad Potts and Mamadou Thiam undid the Addicks, but a committed performance from Lee Bowyer’s men saw Ben Reeves give some late hope, before Chris Solly’s controversial dismissal in injury-time capped off a frustrating day in Yorkshire.

The team news saw Bowyer restore Karlan Grant and Mark Marshall to his starting XI for the trip north.

Marshall came into midfield alongside Krystian Bielik, Darren Pratley and Reeves and, up front, top scorers Lyle Taylor and Grant lead the line.

With the action under way, it took just four minutes for the home side to take the lead with the first shot of the afternoon.

A ball in was cleared only as far as Potts just outside the box and the forward sent a well-struck half volley sailing into the back of the net.

Five minutes later, the Tykes tried their luck again from a similar distance, this time through Cameron McGeehan, with Steer getting down well to keep out the effort.

The Addicks looked dangerous in possession, but the home side movement on the break was rapid and Charlton were stung again on 14 minutes when Barnsley grabbed an emphatic second.

Mamadou Thiam picked up the ball in plenty of space on the left and proceeded to unleash an unstoppable effort into the top right-hand corner from 22 yards, leaving Bowyer’s men with an almost impossible task with 75 minutes still left to play.

With the home said having gained their healthy lead, they could afford to frustrate their visitors as the Addicks searched for a way back into the game and, although the Londoners put together some good passages of play, they just could not find a way through in the first 45 minutes while, five minutes before the interval, Steer was called into action to make a good save from Mike Bahre’s volley to keep the deficit down to two.

Barnsley came close to a third 10 minutes after the restart, only to be thwarted by some fine goalkeeping from Steer. The stopper rushed out to deny Mike Bähre one-on-one when it looked certain the German would extend the lead.

The hour-mark signalled a change for Charlton as Fosu entered the fray to replace Pratley, hoping to give the Addicks some extra impetus in the final third, while Toby Stevenson followed five minutes later in place of Pearce, who looked to be struggling with a knock.

In truth, after the two early goals, the match was lacking in incident until the 74th minute when Charlton earned themselves a lifeline.

A free-kick just outside the box afforded the visitors with an opportunity to claim a first shot on target. Fosu stepped up and slammed his effort into the wall, but Reeves was on hand to crack the rebound into the back of the net from the edge of the box to give some hope.

Suddenly, the Tykes were not so comfortable as Bowyer’s men continued to battle. Seven minutes of added on time were signalled and a corner which fell to Fosu saw his effort deflect agonisingly over the bar.

The Addicks continued to apply pressure, but it was game over in the sixth minute of injury-time when an honest-looking sliding challenge from Solly in the opposition’s box was harshly penalised by the referee not only with a free-kick, but a second yellow card which saw the full-back sent off.

There was no doubting Charlton’s character and effort at Oakwell and Bowyer’s injury and suspension-ravaged squad will go again in three days’ time when they host Walsall in SE7.