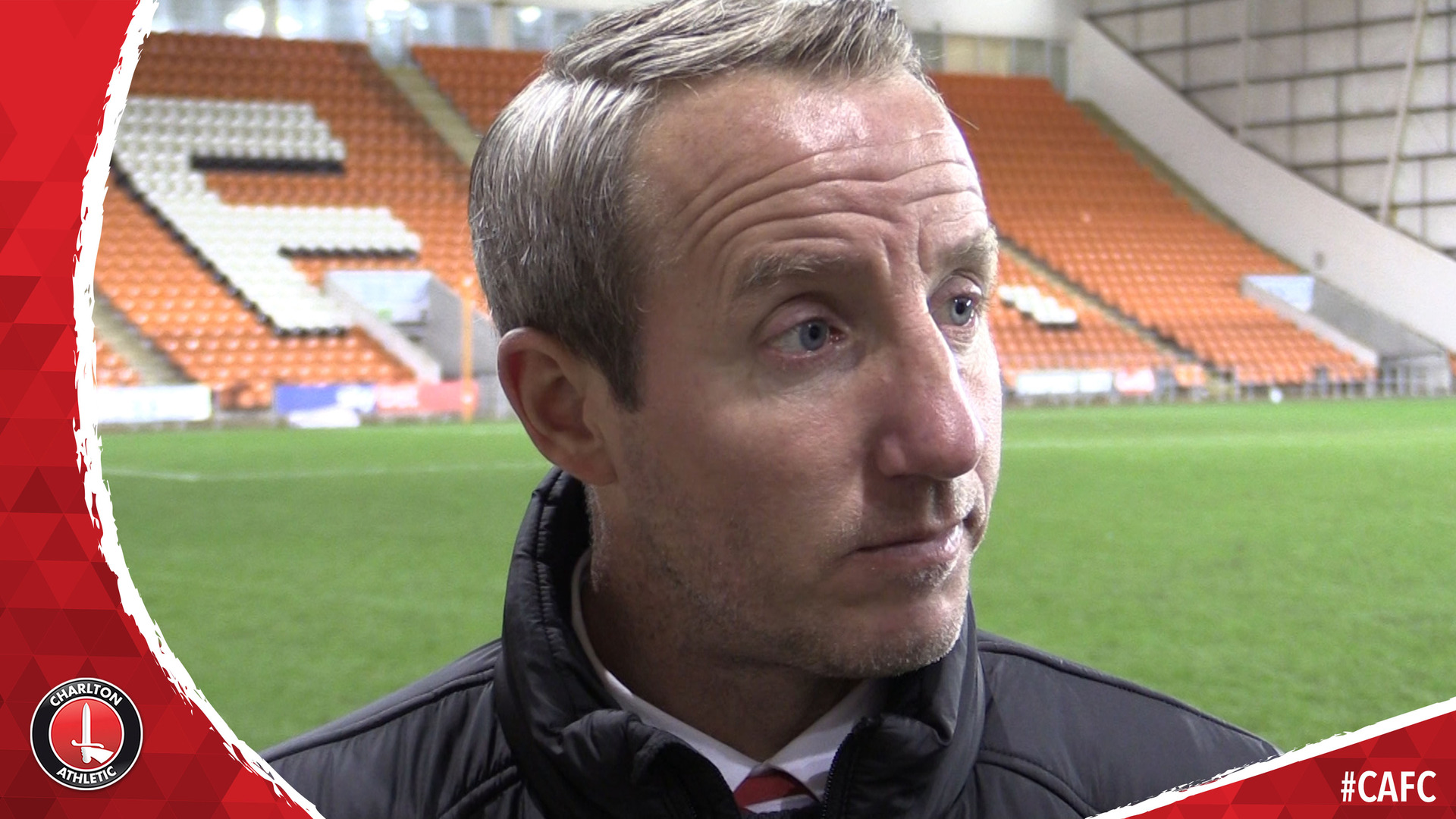 Charlton’s four-match winning run in Sky Bet League One came to an end on Saturday as they fell to a late defeat against Blackpool at Bloomfield Road.

The late strike added to Armand Gnanduillet’s opener and Charlton will now have to dust themselves down ahead of Tuesday’s trip to league leaders Portsmouth.

In terms of team news, Lee Bowyer made one change to his starting XI from the Addicks’ last league outing, with Toby Stevenson coming in for his league debut.

Stevenson replaced Naby Sarr at left-back and Charlton were otherwise unchanged from their dramatic victory at Burton Albion 11 days ago.

The visitors carved out the game’s first chance on four minutes and it was a decent one. Lyle Taylor cleverly dummied the ball into the path of strike-partner Karlan Grant, who returned it to him, and the Addicks’ leading scorer saw a curling shot well saved by home stopper Mark Howard.

Blackpool responded a couple of minutes later when a Liam Feeney cross was volleyed back into the danger area by former Arsenal man Marc Bola. Krystian Bielik was well placed to hack the loose ball clear, however.

The hosts then got on top and Joe Dodoo – on loan to Charlton from Rangers last season – steered a low cross wide on 11 minutes but they would soon make their early pressure count.

On 16 minutes, Feeney sent in a low cross that Jed Steer pushed out but the loose ball fell straight to Gnanduillet, who turned it home from six yards out.

It was obviously not the desired start for Charlton and Steer made a great save on the half hour to prevent them from falling further behind. Dodoo broke through the middle and sent a strike towards the corner of the net but the Addicks stopper flung himself to his right to tip the ball behind for a corner.

Since their early chance, Charlton had not threatened the Blackpool goal but they almost levelled on 37 minutes. Some patient play ended with Taylor finding George Lapslie in the box but neither Grant or Tariqe Fosu were able to connect properly with his cross-shot.

The hosts were then very fortunate not to lose captain Curtis Tilt to a red card. Already booked for an earlier foul on Fosu, the defender cynically pulled down Taylor on the touchline and was penalised for a foul but not given a second yellow card.

The Charlton bench were not happy that a second yellow card was not produced and a couple of minutes later the Pool skipper could have doubled his side’s lead.

Tilt headed at goal from a corner and Steer dived to his left to keep it out and, following the save, Charlton immediately launched a counter attack but a good tackle from Jordan Thompson denied Grant in the penalty area.

Blackpool led at the break and Charlton took 18 seconds to aim the first shot of the second half at goal. Taylor set his sights but his 20-yard strike flew wide.

Ten minutes after the restart, they got their equaliser. A brilliant run from Bielik saw him evade three Blackpool challenges before finding Grant on the right and he broke into the box and sent in a low cross that Aribo flicked home from close range.

The Addicks were now on top but George Lapslie had to get in a superb covering challenge to keep his team level when Dodoo led a three-vs-two counter attack on 66 minutes.

Bowyer introduced Mark Marshall for the final 20 minutes and he got himself involved in the action straight away by sending a low cross into the box that was cut out by defender Ben Heneghan. Loud appeals of ‘handball’ went up from the Charlton fans behind the goal against Heneghan but no decision was forthcoming.

Charlton came within inches of taking the lead on 78 minutes. Grant cut inside from the left and whipped a strike agonizingly wide of the far post.

Donvervon Daniels zipped a powerful shot just over for Blackpool five minutes from time and the hosts then grabbed their second goal of the game. Substitute Delfouneso got in behind and finished clinically from inside the box.

The Addicks threw the ball into the Blackpool box during three minutes of stoppage time but they were unable to force a second equaliser as the hosts held on for the win.